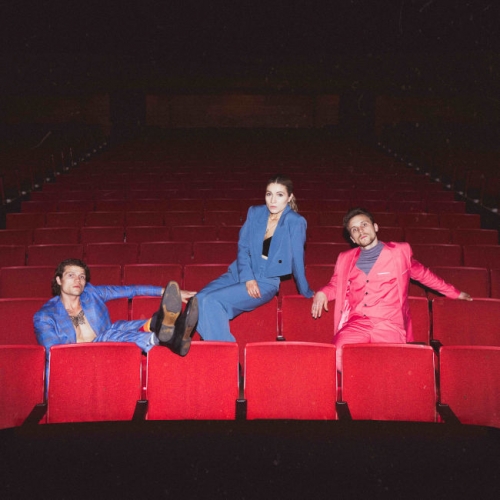 We’ve been singing the praises of Portland’s alt-pop sibling trio We Three over the past ten months, having featured their glorious pop tracks Hold Me, Baby and Secrets. During this time, they have amassed over 68m combined streams, seen their TikTok viral growth build with 2.6m likes, and gain radio support both in the US and here in the UK. Now they are back with this latest offering, an energetic Bill Zimmerman (Ariana Grande, H.E.R.) remix of fan favourite Nightlight. With its propulsive, bass-heavy groove and newfound immediacy, it’s a rather uplifting and comforting dose of dance-pop. Perfect for radio and those New Pop/Alt-pop upbeat playlists. Watch the video here. The trio are currently putting plans together to tour their second album, Dear PARANOIA, Sincerely Me, in the US and bring it over to the UK later this year.