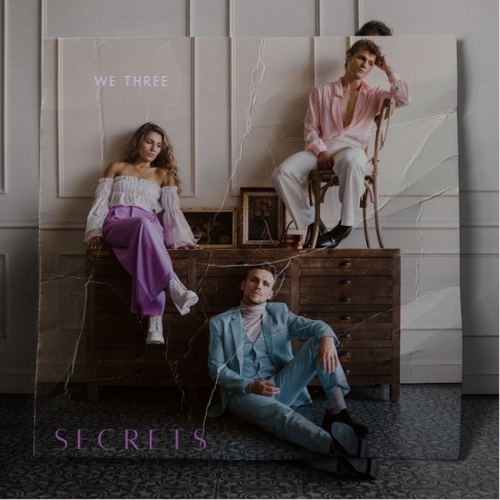 We Three are an alt-pop sibling trio who impressed up last summer with the vibrant pop offering Hold Me, Baby. We turned the spotlight on the track back in August after the band dropped their second album Dear PARANOIA, Sincerely Me after first being discovered on America’s Got Talent back in 2018. Since then, the band have amassed over 58m streams, 114m video views and online support from numerous blogs. Their recent track Sara has had 2m views on TikTok, helping them top 1.5m likes on the platform. At the end of January, they followed it up with this powerfully emotive and vulnerable dose of alt-pop about anxiety and loneliness in the social media age. Written by the band and produced by frontman Manny Humile, Secrets is full of lush instrumental layers and textures centred around a delicate piano melody and Manny’s vocals. With support from BBC regional radio stations, the track is building momentum, and as mentioned before with its Sam Smith-like dramatic pop moments, it would go down well at commercial radio too. Watch their video for it here.