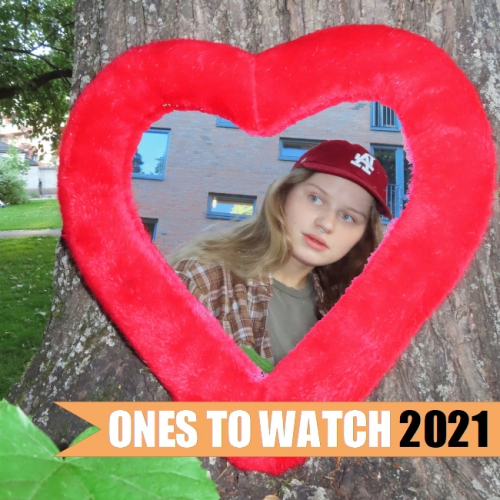 Finishing our Ones to Watch 2021 this week is an artist that should be familiar to regular readers. We first supported Norwegian singer-songwriter and producer Marie Ulven aka girl in red at the start of 2019 after being impressed by her tales of intimate yearnings and obsessions the year before. She then dropped a string of singles, culminating in the release of her second EP, chapter 2, at the end of the year and in 2020 released three new tracks, including the RotD-featured rue and this festive offering. Her ability to write refreshingly honest and accessible odes of melancholic euphoria has seen her amass over 800m streams (with DSP partner activations with the likes of Spotify, Apple Music, YouTube & Deezer), played over 100 times on UK radio (Radio 1, 6 Music & Radio X) and sold over 15,000 tickets, including a sold-out Electric Ballroom. It’s easy to see why too, with mesmerising live performances (we were lucky to catch her at TGE 2019) and over 5m combined followers across her platforms supporting her, alongside critical acclaim from a wide spectrum of tastemakers like the New York Times, Guardian, Vogue (UK, USA & AUS), Rolling Stone, Dazed, i-D, Billboard, NME and Gay Times to name just a few. With two queens in a king sized bed having just been added to Radio 1’s Sleigh list and Absolute 20s playlist, plus Amazon Music and BBC Sound of 2021 both tipping her for big things next year, 2020 has ended on a high for this talented young artist with more to come in 2021.