Immature - Record of the Year 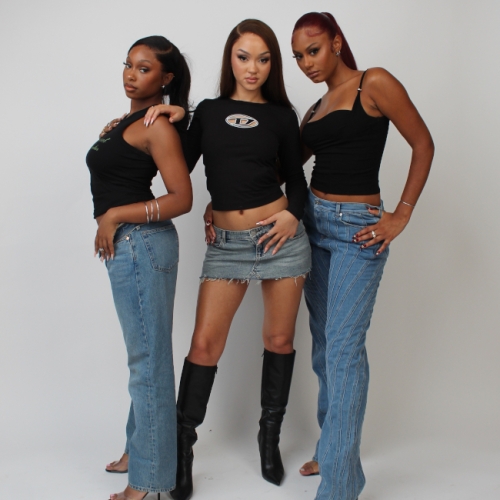 This year’s RotD Record of the Year accolade goes to Stella, Renée and Jorja from FLO. The brilliant London-based trio have had a remarkable 2022, which included seeing them being named the BRITs Rising Star winners. It all started earlier this year when they dropped their MNEK-produced debut single, Cardboard Box. Since then, the group have seen their star rise with each consecutive release, including this slinky gem also produced by MNEK that we featured back in July. Influenced by Mary J Blige, Aaliyah, Brandy and Whitney Houston, the trio have drawn praise for their ’00s nostalgia-tinged take on R&B pop from stations including BBC Radio 1, 1Xtra and Capital Xtra, as well as publications such as Complex, i-D, Dazed, NME, Nylon, Rolling Stone and GRM Daily. They have also received co-signs from SZA, Victoria Monét, Missy Elliott, Kelly Rowland and Sugababes, to name but a few. With over 70m combined streams and support from DSPs, the trio have been tipped by us, along with VEVO, MTV, TikTok and BBC Sound of for big things in 2023. Congratulations to FLO, Island Records, Rob Harrison at Listen Generously, Sam Eldridge at UROK Management and the extended team, and here’s to a massive 2023 for you all.