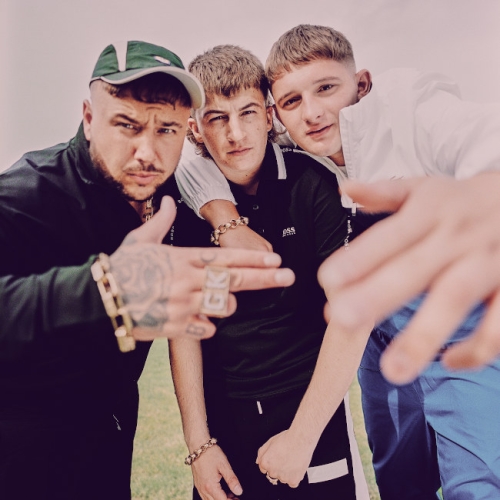 Featuring impeccable flows and smoother than smooth sampling, BMW is the latest release from Bradford’s finest and RotD’s Ones To Watch 2021 outfit Bad Boy Chiller Crew. We’ve been banging on about these guys, as regular readers will know, and once again, the lads have done it again with this bouncy and upfront ‘00s UK garage inspired number. On Wednesday, Jack Saunders and Sian Eleri gave BMW its global radio premiere on BBC Radio 1 and today the song was added to new release programming at Spotify, Apple Music, Amazon Music and Deezer. Taken from the forthcoming Disrespectful mixtape on 18 February, BMW is set to become a fan favourite and dancefloor filler with its hands-in-the-air hooks over the next couple of months. Watch their outrageous LG Vision directed video single of the group attending a track-day event! The mixtape also includes their top 40 and now silver certified single, Don’t You Worry About Me, previous single and RotD-featured Messages, and the Riton disco-infused anthem Come With Me. With seven dates sold out already on their UK and Ireland tour for later this year (30,000 tickets sold in total so far), an ITV2 documentary behind them, and tipped by MTV (Artist to Watch 2022) and Ticketmaster (Ones To Watch), plus countless tastemaker support at radio, online, and at press (including an NME front cover), Bad Boy Chiller Crew are set to have another storming year.