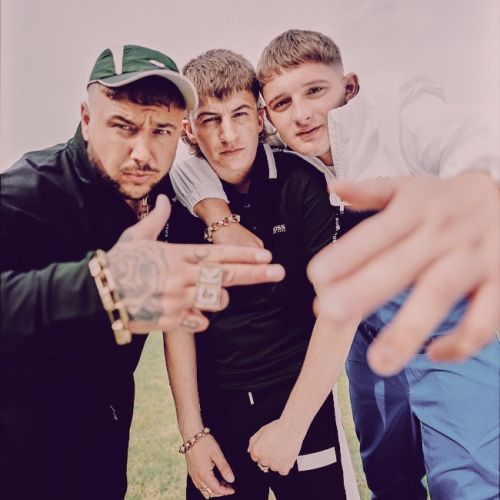 Continuing to impress us with their bassline house anthems is our Ones To Watch 2021 artist, Bradford’s finest, Bad Boy Chiller Crew. Released last Thursday (18 November), Messages is another full-on banger from the breakout stars with high energy piano stabs, reminiscent of ‘90s hardcore glory days, mixed with carefree basslines and catchy rap flows. The track featured high on new release programming and editorial playlists at Spotify, Apple Music, Amazon Music and Deezer. It’s the latest taster of their recently announced forthcoming mixtape, Disrespectful (out 21 January 2022), and follows last month’s infectious UKG indebted single Bikes and Scoobys and their Top40 track Don’t You Worry About Me. Having received tastemaker praise from the Guardian, NME (cover), VICE and Rolling Stone magazine, performed massive festival slots at Reading & Leeds and Parklife in addition to a sold out UK tour last month, plus support from Radio 1, Kiss FM and DSPs, the lads are on a fast rise. Adding to all this, the group are currently starring in their own six-part ITV2 documentary, with the fourth episode airing on Monday 29 November (Ep1-3 are on ITV Hub). 2022 is set to be even bigger for the lads with the release of their mixtape and a massive UK & Ireland tour in April/May being announced today.