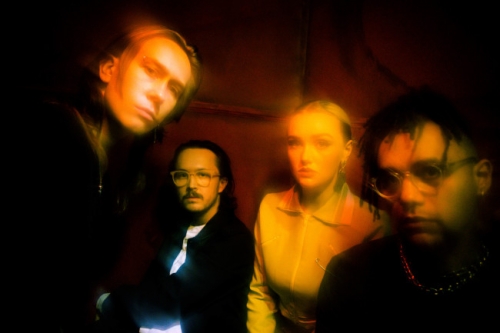 We last featured Glasgow’s noise-pop quartet The Ninth Wave back in September 2017 with the brilliant track Liars. Since then, the band have dropped their AIM Award and Scottish Album of the Year-nominated debut album Infancy and picked up praise from the Guardian, Wonderland, NME, Dork, and DIY, to name just a few. Radio support has come from BBC Radio 1 (Jack Saunders, Abbie McCarthy, Huw Stephens & Phil Taggart), BBC 6 Music (Steve Lamacq), and Radio X (John Kennedy). Released today, Maybe You Didn’t Know follows their 2020 single Everything Will Be Fine, which sonically shows a new direction, with their sound drawing influence from the likes of Massive Attack, Mount Kimbie and Portishead, whilst retaining their distinct aesthetic and unique sonic palette. Opening with spiralling atmospheric and intense percussion, the track, produced by the band, ebbs and flows with softly spoken verses and a shimmering chorus. It’s an absolute delight - watch the dramatic video too. The group will head out on a UK tour this October.