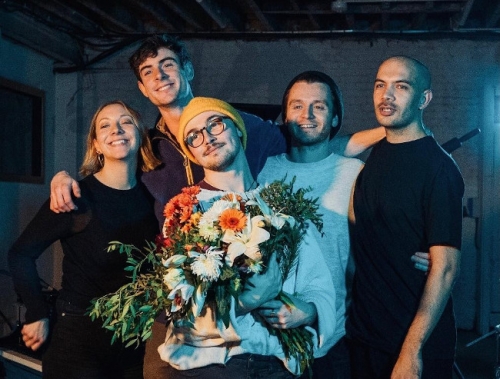 Released yesterday (1 July), Coltan Candy is the excellent new wonky banger from south London band moa moa. We are big fans of the five-piece, having featured them on RotD last November, but we are not the only ones. Support and praise for their first two singles have come from Radio 1 (Jack Saunders), 6 Music (Lauren Laverne, Shaun Keavney), Radio X, Amazing Radio, Spotify, Clash, and DIY, to name just a few. Now, back with this hook-laden blast of woozy dream-pop, produced by Dan Carey, the band are ready to wow newcomers and tastemakers alike over the next week. Having sold out two headline shows at the 100 Club last year, the band are set to play Speedy Wunderground night at the Social on 7 August and perform at Live at Leeds, Liverpool Sound City, Dot to Dot, Sonic Wave, and Stag & Dagger festivals. With an EP in the pipeline and a summer full of shows, the next couple of months look set to be an exciting time for the band. One to watch.