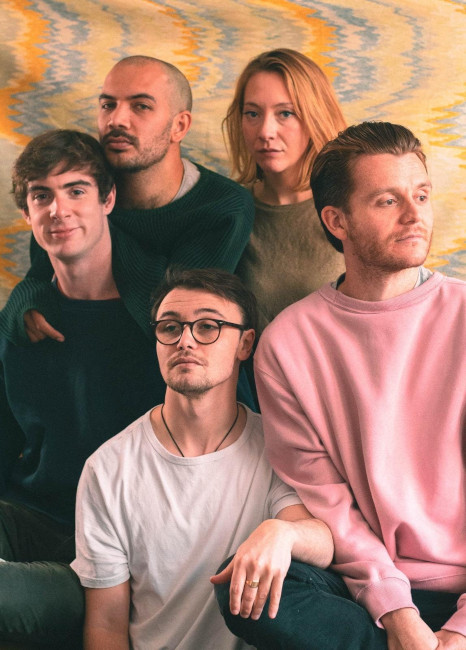 When this vibrant dose of psyche-pop landed in our inbox this last week, we were instantly impressed and quickly had the track on repeat as we escaped into the gorgeous world of south London band moa moa. Formed in the summer of 2019, initially as a creative outlet for songwriter and producer James Ratcliffe, they dropped their debut single Yellow Jacket to rave acclaim back in February. Clash, DIY, and Clout were among the first to sing their praises, along with support and plays from Lauren Laverne and Shaun Keavney at BBC 6 Music. Today (18 November), the five-piece are back with this, their second single and first on producer Charlie Andrew's (Alt-J, Marika Hackman) label Square Leg Records. Refreshingly bold in production with complex textures and some juicy hidden hooks, Spinning is quite simply magnificent, bursting with ideas. Expect to see more tastemakers come on board for this Tame Impala-like gem in the coming week, as well additions to alternative and hazy contextual playlists. Blimming marvellous.