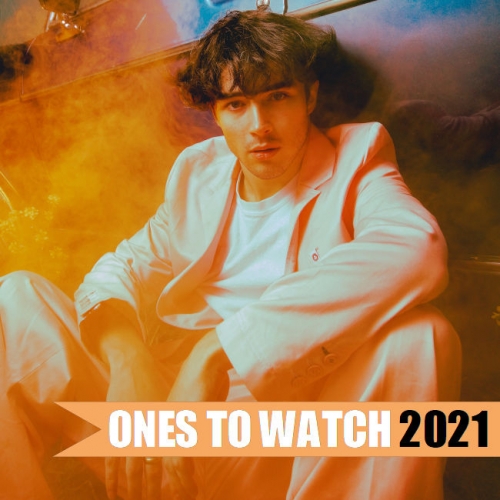 Next up on our Ones To Watch 2021 is the talented 17 year old singer and songwriter Alfie Templeman who writes, plays and records everything himself from his bedroom in Bedfordshire. We first featured him back in May 2019 ahead of his Great Escape performances and was lucky enough to catch him play at the packed out Three Wise Cats in Brighton. Since then, he has continued to build a loyal following with a string of UK dates pre-Covid (including a Radio 1 Introducing set at Reading and Leeds festival), release two new EPs, featured in Apple’s #shotoniphone global campaign and chosen by YouTube as a worldwide Foundry Artist. Along the way, he has picked up praise from the likes of The Sunday Times, The Observer, British Vogue, NME, Dork, Clash, the Line of Best Fit and more, as well as radio playlist support from Radio 1 and Radio X. This buoyant and riotous slice of indie combined with disco grooves, for example, was Alfie’s third consecutive Annie Mac’s ‘Hottest Record In The World’ on BBC Radio 1 and is currently on the B List at the station. His ability to craft immensely enjoyable and memorable indie-bop numbers have helped him amass over 50m combined streams and 1m monthly Spotify listeners, making him, for us, one of the most exciting emerging new artists for 2021. It’s not only us tipping him for big things, but also Amazon Music, Vevo and MTV too. With a confirmed April/May headline tour, including two sold-out shows at Camden Assembly, and more new music on the way, this 17 year old is set to see his star rise further in 2021.