Artist: Ward Thomas
Label: WTW Music via eastwest
Impact date: Single: Out now/Album: 2 October 2020
ROTD featured date: Friday 31 July 2020
Update Required To play the media you will need to either update your browser to a recent version or update your Flash plugin. 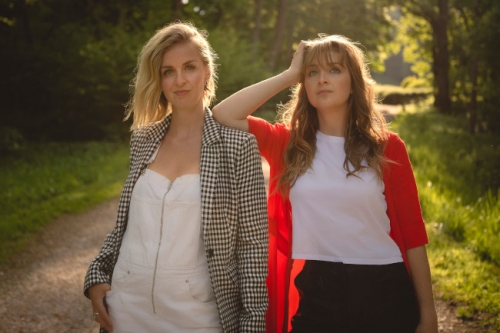 Last time we featured Ward Thomas was back in June 2016, just as the sisters were starting the campaign for their second album Cartwheels. That album would eventually see them become the first and only UK country act to score a UK no.1 album. They followed that up with their Top 10 album Restless Minds in 2019 and in October this year, the duo are set to release their fourth album, Invitation, on label WTW Music via eastwest. Largely produced by Jonathan Quarmby (Lewis Capaldi, Tom Walker, Finley Quaye) and mostly recorded in lockdown at their Hampshire cottage, the album marks a new chapter for the sisters as they diversify their sound. This upbeat dose of country-tinged folk-pop with Haim-like guitars and youthful energy is the first taste of their new material, and it’s just glorious. Spotify, Apple Music, Amazon Music and Deezer UK have all featured it in their new release programming today, and we expect more editorial playlist additions to come over the following days, along with plays on Radio 2 soon. Having been proud supporters of the duo since 2014, it is great to hear them push forward with a new, more mature sound, but one that still has that undeniable charm that we fell in love with when they first started out. Next April, the pair will head out on an intimate acoustic tour across the UK including two Union Chapel shows.