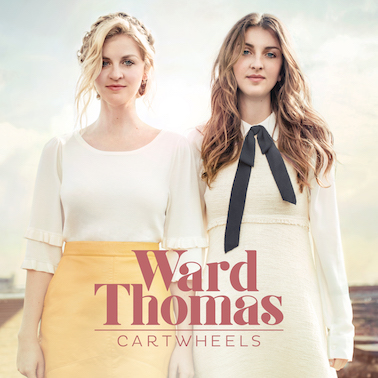 We’re proud to have supported Ward Thomas for over two years, since we first heard Bob Harris and Terry Wogan play The Good & The Right on Radio 2. We’ve lost count on the number of times we’ve seen 22-year old twin sisters Lizzie and Catherine perform live and we’ve watched them grow into wonderfully engaging, talented musicians, so we’re naturally delighted to be here again at the start of the campaign for their second album Cartwheels, on which they’ve co-written every song. UK country music had no real traction back in 2014 but since then, alongside their friends The Shires, we’ve watched the scene grow and the girls debut album From Where We Stand steadily sell more than 25,000 copies. Now comes a major joint venture with Sony Music that’s destined to see them reach new heights. This first new track received its premiere with Ken Bruce yesterday (June 9) and is now Radio 2’s Record of the Week. With a Glastonbury’s acoustic stage performance on June 24 and a support slot for Carole King’s Hyde Park show on July 3, it’s going to be an amazing year for the girls. And this is simply a world-class track.