Artist: Kelli-Leigh
Label: Music Core
Impact date: Out now
ROTD featured date: Friday 28 February 2020
Update Required To play the media you will need to either update your browser to a recent version or update your Flash plugin. 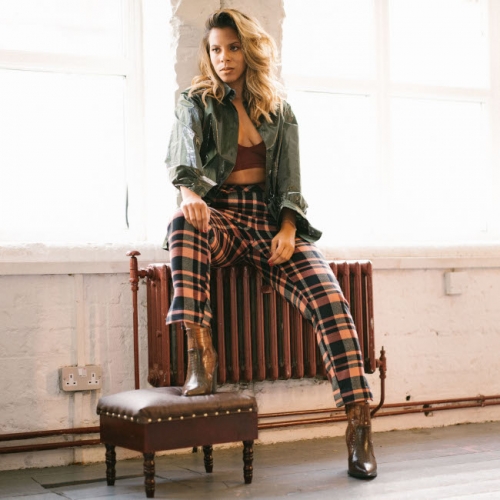 With a voice that has been streamed over 500m times on Spotify, south Londoner Kelli-Leigh is an artist whose vocals will be familiar to many of you. Her soulful vocals have featured on the club anthems More Than Friends (James Hype), I Wanna Feel (Second City) and the Grammy-nominated no.1 I Got U (Duke Dumont & Jax Jones). She has also co-written tracks with Tiesto, Low Steppa, Duke Dumont, Michael Calfan and Hardwell to name just a few. She's now back with her first solo material of 2020 with this soulfully euphoric and upbeat ode to the bliss of new relationships. Co-written with Kristine Bogan (French Pirates) and Yoda Francesco (Diplo, Kriss Kross Amsterdam), Cotton Clouds premiered on Complex yesterday (27 February) and was immediately added to Apple Music's New Music Daily and their Breaking Pop playlists. Later today, the track will receive its first airplay on Gaydio radio to please her huge LGBTQ+ following, having previously been supported by Kiss FM, Radio 1, Virgin Radio DXB and Sirius XM for her other solo releases, including the RotD featured Can’t Dance and Nothing More. Tomorrow night she will be hosting her launch party at Cruz101 in Manchester after supporting the House & Garage Orchestra at the Roundhouse in London earlier this month. With more releases to come throughout 2020 leading to an album in early 2021, Kelli-Leigh is an artist to keep a close watch on. Soulful pop at its best.