Something Has To Give 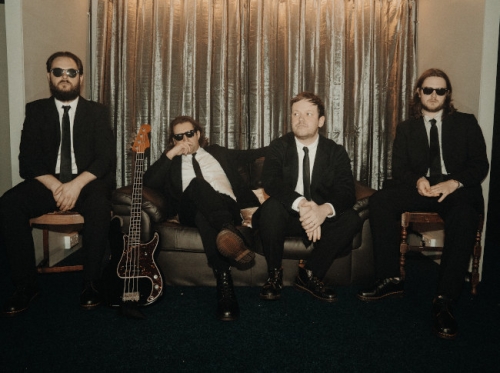 Driven by piston-like percussives and veering guitar lines, Something Has To Give is the new release from Manchester band IST IST. Having released their debut album, Architecture, in the midst of the pandemic on their own label and its follow up, The Art Of Lying, in 2021, the band are set to release their third album, Protagonists, in March. This new single, along with previous tracks, Mary In The Black And White Room and Stamp You Out, offers a tantalising glimpse into their new album, one that dwells on the prospect of new beginnings and the trials and tribulations of love. With echoes of Interpol and Editors, Something Has To Give is a direct and powerful listen. It’s deserving of additions to alternative editorial playlists at DSPs, alongside spins at Radio 1, 6 Music and Radio X. Next week, they will be heading over to Groningen to perform at Eurosonic on 20 January at Smoke (19.00). After this, they will prepare for their album launch and a tour of the UK in April with a show at the Omeara on 22 April.