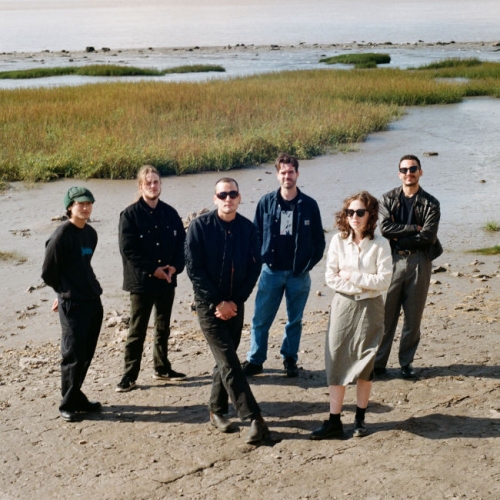 Harnessing the emotive power of club and dance alongside industrial post-rock are Bristol-based six-piece DAMEFRISØR (pronounced dame-eh-frizz-yuor). Having built a small but loyal legion of fans with their previous singles, the band dropped this urgent release about loneliness and urban isolation last week. Taken from their forthcoming debut EP, Island of Light, produced by Alex Greaves (Working Men’s Club, bdrmm, Lice), D.O.D. has already picked up praise from Clash, DIY and Dork for its compelling blend of post-punk and industrial post-rock amongst spiralling electronica and shoegaze elements. Previous tastemaker support has come from 6 Music, Fred Perry, So Young and regional south-west press. Having supported Squid, the Umlauts, JOHN, Folly Group, Katy J Pearson, Walt Disco, the group is to head off on a headline UK tour in March, which includes a show at the Windmill in London. With their disarming and textually rich sound DAMEFRISØR are a band to put on your radar if they aren’t already.