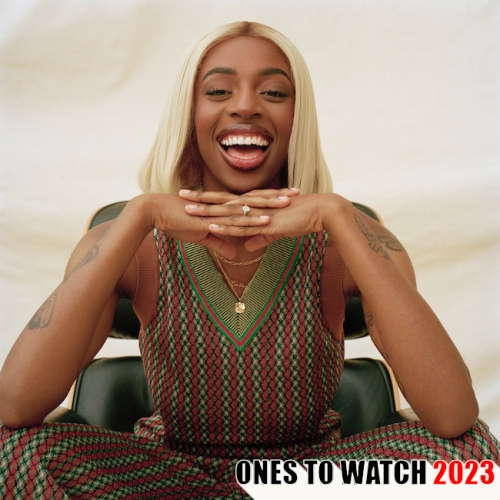 Next up on our Ones To Watch 2023 is the fantastic singer-songwriter Cat Burns. The 22 year old south London artist has had a phenomenal 2022 since our feature in January. She released her emotionally unavailable EP, which included the Platinum-selling single go, which spent over 45 weeks in the Official Charts and amassed 250m+ combined streams and over 3.3bn TikTok views. This fan favourite, with its warm vocal harmonies and uplifting guitar chords, helped her become a Spotify global Radar artist and was named BBC Radio 1’s Hottest Record in October. Along the way, Cat has appeared on Later with Jools Holland, Sunday Brunch and The Late Late Show with James Corden, as well as supporting Ed Sheeran on the European leg of his Mathematics Tour and headlining sold out shows at Omeara and Koko. Her natural talent and flair for intimate and honest lyrics have seen her named on TikTok’s Breakthrough Artists of 2022, feature in the BBC Sound of 2023 longlist, receive the Gay Times Awards Rising Star in Music honour and be nominated for a MOBO Best Newcomer award and the BRITs Rising Star. It’s been a busy year for the star-in-waiting, and 2023 will only be busier. With support slots on Sam Smith’s European tour and Ed Sheeran’s US tour, plus new music, Cat thoroughly deserves all the attention.