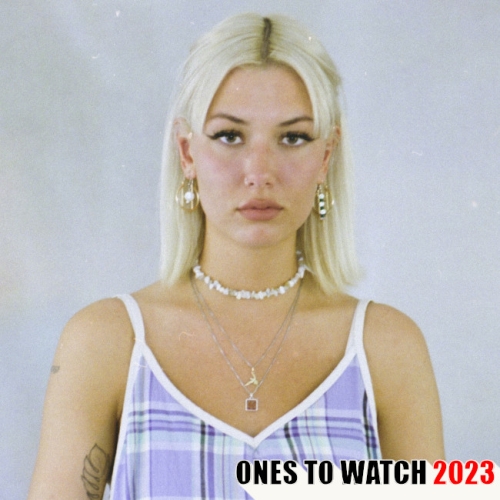 Today’s Ones To Watch 2023 is rising star Nieve Ella. Born and raised in the West Midlands, Nieve first came to our attention at the end of July this year when we featured her as one of our Compass artists. Having picked up the guitar only two years ago, she started to drop snippets of her songs to TikTok, quickly winning an increasingly devoted following on the platform (81.6k followers). In August, she played her first show after releasing this gorgeously grungy-pop debut single. Since then, Nieve has followed it up with two further singles, Blu Shirt Boy and Fall 4 u, and been championed by Radio 1 with plays across the station, a playlist add (for Girlfriend), and a Jack Saunders interview for the Next Wave feature. At DSPs, her music has featured on numerous editorial playlists at both Spotify (incl. NMF, Summer Indie, Fresh Finds UK& IE) and Apple Music (incl. Antidote, New In Pop, Superbloom). Following her debut live show in August, Nieve has since performed at Neighbourhood Festival, Live at Leeds and BBC Introducing at The Lexington. Later this month, she will play in Birmingham (23 December) and then, next month, will perform at Abbie McCarthy’s Future Karma show at the Camden Assembly on 24 January, shortly after the release of her Young & Naive EP (out 20 January). With her ability to tell stories confidently and intimately through songwriting, alongside a growing fanbase, we believe Nieve Ella is an artist you need to keep an eye on in 2023.