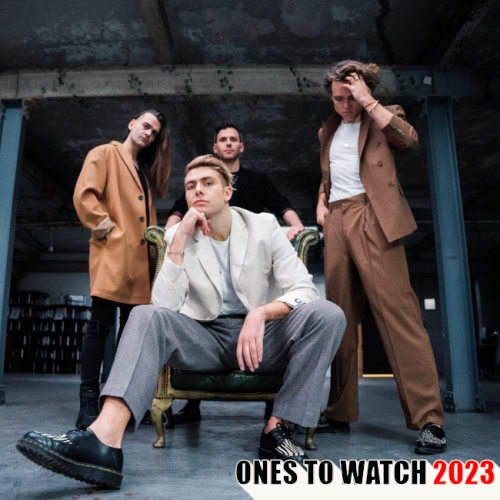 Finishing our Ones To Watch 2023 this week is Anglo-Scottish rock band Daytime TV. Based between Edinburgh and London, the alternative rock four-piece, consisting of Will Irvine, Chris Clark, Gareth Thompson and John Caddick, have had a busy 2022. Earlier this year, they dropped their Romesh Dodangoda (Bring Me The Horizon, Twin Atlantic, Lower Than Atlantis) produced debut album, Nothing’s On But Everyone’s Watching, and more recently a deluxe version, which both contained this standout and anthemic track. Along the way, the lads have toured constantly, playing headline tours across the country, performing at British Summer Time and Mad Cool festivals, as well as supporting The Amazons, The Wombats, and Two Door Cinema Club. Next week (15 December), will see them support The View in Glasgow. Their anthemic blasts of stadium rock goodness, filled with energetic guitar riffs, have seen them receive tremendous support at Spotify and Apple Music on their new release and rock editorial playlists, with Spotify recently featuring them on the Best Of The Rock List 2022. At radio, support has come from Radio 1 (Nels Hylton), BBC Radio Scotland, Kerrang! Radio and Amazing Radio. Daytime TV are currently writing material for their next release, which is due in early 2023, and we reckon with all their hard work touring this year and their infectious brand of British stadium rock, they are ready to have a breakout year in 2023.