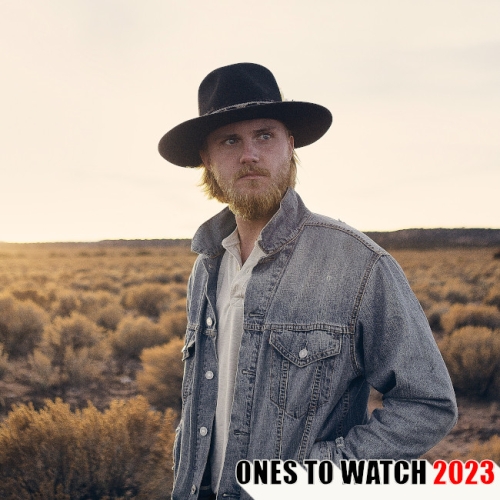 Our final Ones To Watch this week is rising American country music singer and songwriter Jackson Dean. The Maryland-born singer first started out playing and selling out shows at bars in his home state while in high school. After a short stint in California and a self-released EP release pre-pandemic, he found himself the object of a Nashville bidding war with four deals tabled. He eventually signed to Big Machine and released his self-titled EP in 2021, containing this stomping slash of country meets rock goodness, which appeared on the popular Paramount TV show Yellowstone. Don’t Come Lookin’ has since appeared on his debut album Greenbroke earlier this year, became a number one hit on US Country Radio, was the highest debut for a new artist in seven years (Country Aircheck), was the first debut artist in 2022 to reach the top 10 on Billboard Country Airplay chart and Kelly Clarkson covered it on her US chat show. Here in the UK, the track and Jackson have received support from BBC Radio 2, Absolute Radio Country, CountryLine Radio and Downtown Country. Plus, Spotify, Apple Music and Amazon Music have all featured his tracks on editorial playlists. Having supported Carly Pearce on two sold-out dates in Nashville, Jackson will be joining HARDY on the Wall to Wall tour in the US this month. Regular readers will know we do love a bit of country here, and we reckon with his rousing and introspective odes, Jackson Dean is the next big thing. One To Watch.