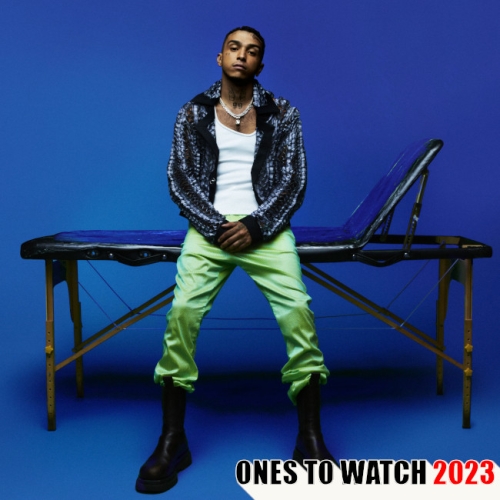 Continuing our Ones To Watch 2023 is the multidisciplinary artist Deyaz. Raised in East Ham, London, Deyaz found solace in music during his turbulent teenage years. Beginning his musical education on his brother’s guitar, Deyaz’s passion for music led him to a scholarship at London’s Guildhall music school, where he learnt to play the piano, bass and drums. He first cut his teeth in the music industry by playing the drums in punk bands across the city before working as a studio engineer for rap artists. After honing his production skills, he has gradually built up his following (887k TikTok, 32.5k Instagram) with a series of singles and the release of his debut EP, Why Not (12m+ streams), earlier this year. His track Everything You Want was named Radio 1’s ‘Introducing Track of the Week’ after receiving support from Clara Amfo and Jack Saunders. Further support for the EP has come from Fader, the Guardian, Clash and Pigeons & Planes. Plus, he performed Bleed on Later with Jools Holland. Bitter, a hard hitting and sonically ethereal track about his past addictions, shows another side to his production skills with its The Weeknd meets Linkin Park sound, compared to the more minimal guitar and piano led soundscapes. Spotify, Apple Music and Amazon Music are fans, along with Dork, Glamcult and Wonderland, which praised his last offering. This year saw Deyaz complete a headline European tour and a support slot on Keshi’s ten-date EU tour. We love his diverse sound offering and innate ability to turn painful and toxic situations into sublime songs, thus making him one of our Ones To Watch 2023.