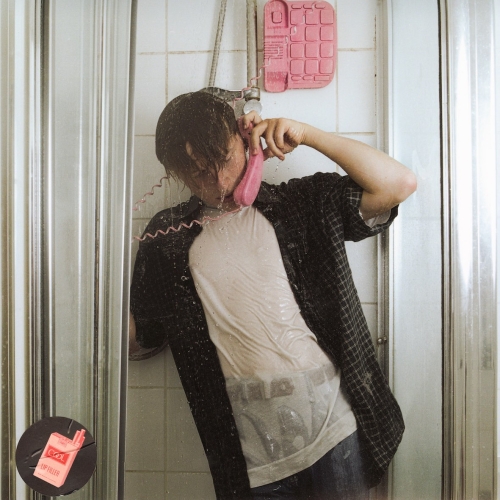 There’s an intriguing blend of styles and influences that all neatly converge here on the debut single from west London-based five-piece Lip Filler. The band are all mates from the West Country, now living together in a flat above a chicken shop, and make music that’s already getting them noticed by a solid base of young fans. Many of them have been pulled in by the sharp and very relatable lyrics from songwriter-vocalist George Tucker that include references to the sort of insecurities that we all face whilst trying to suss out which like-minded tribes and paths to follow in our formative years. In the mix, you’ll hear all sorts of hooks and sounds, inspired by indie heroes of the past and present, but with the added twist of edgy dance rhythms and basslines from the early 2000s. It’s all skilfully blended to perfection by producer St Francis Hotel, known for their work with acts including Michael Kiwanuka, Greentea Peng, and Little Simz. There’s a debut EP lined up for early next year, and their recent support slots with buzz acts including XVOTO, Pit Pony, and Gene Pool have primed them nicely for a London headline date on 11 November at the Amersham Arms. Give the track a play, and we reckon soon afterwards you'll be just as keen as we are to see and hear more from these spunky, punky, funky kids.