Frost Is All Over 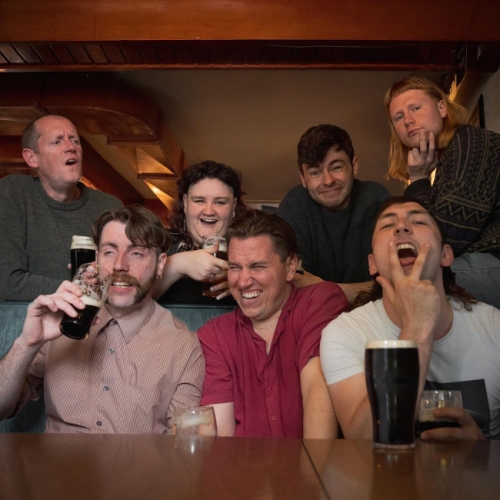 Invoking the sound of the Dubliners and the Pogues with a touch of the Dead Kennedys is the Irish folk group The Mary Wallopers. The Dundalk-based band was formed by brothers Charles and Andrew Hendy and their friend Sean McKenna. As a three-piece ballad group, they travelled Ireland singing and collecting songs. Along the way, their early live performances and debut five-track EP, A Mouthful of The Mary Wallopers, caught the attention of the Irish tastemakers Hotpress, the Irish Times and GoldenPlec, among others. Frost Is All Over is their first single from their debut album, coming this autumn, and is a traditional Irish song about taking everything in your stride and not caring about what everyone says you should care about. Now a seven-piece for live performances, the band have produced this video for the single as a way to introduce the new line up. Full of raucous energy and a contagious charm, this reworking is sure to set your foot stomping. In October, the band set off a thirty-three European tour taking in the UK, Netherlands, Germany, Belgium and Ireland. On 15 December, they are to play the Electric Ballroom, so mark this down in your diaries.