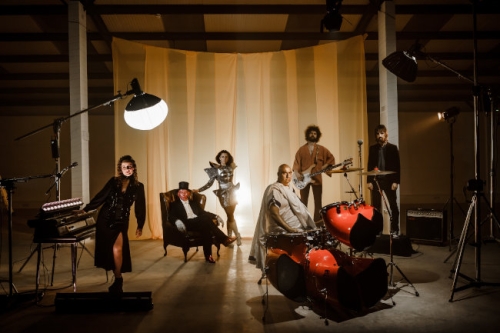 We do have a soft spot for music that is expansive and a touch leftfield, and this brilliantly enigmatic and bold offering ticks those boxes. Released today (17 August), The Rapture is the third single from The Captain Francisco, an ambitious work of sonic pop art from bass player, songwriter and producer Charlie Jones. Over the past three decades, he has worked and toured with the likes of Robert Plant, Goldfrapp, The Cult and Siouxsie Sioux, which has honed his vision for The Captain Francisco music. The Rapture is full of drama from the first note, beguiling your senses as you travel through a sonic high that draws on inspiration from Sly Stone, Arcade Fire and Gorillaz. Watch the Seb Pecchia directed video here, which also introduces The Captain Francisco’s band, Circus Bear. Deserving of plays on 6 Music and additions to leftfield alternative rock/pop playlists at DSPs, The Rapture is one musical nugget you need to hear now.