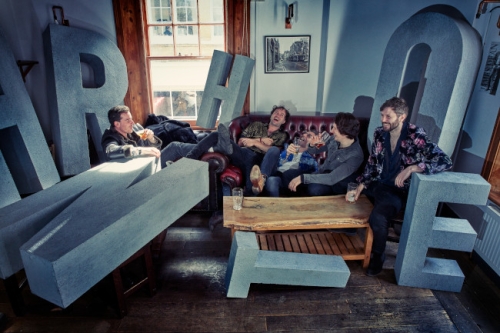 Always Late is the beautifully wistful second single from indie-rock quintet The Horn. The group was formed by songwriter and former bassist of Friends Of Gavin (which toured with REM at the end of the last century) Nick True so he could finish untold stories from decades earlier in his life. He recruited Danny Monk (guitars, programming), Jonny Taylor (vocal, guitar), Ed Cox (keyboards) and Alex Moorse (drums) to bring these stories to life. Earlier this year, The Horn released their debut single, Passion, which picked up praise from Louder Than War, Indie Music Nation, Beautiful Buzz and more. Now back with Always Late, the group offer a song doused in nostalgia, laden with intricately strummed acoustic guitar melodies, soft keys and Taylor’s heartfelt vocals. Deserving of radio support at 6 Music and specialist shows on Radio 2, Always Late is a must for fans of Midlake, Mercury Rev and Fleet Foxes. The band have just confirmed a number of live shows supporting Starsailor across the UK and are currently working on a series of London dates to coincide with the tour.