The Summers We Missed 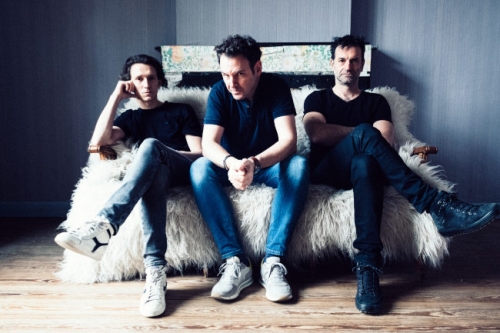 Belgian trio CMON CMON’s story started over twenty years ago. Jorrit Hermans (vocals/guitar), Steven Omblets (bass) and Michel Becx (drummer) met at college and started to write music together but drifted apart while establishing their own careers. In 2019, Jorrit started to write music again and decided to reach out to his old band members, who were eager to get back together. Then lockdown happened, and the group quickly wrote an album’s worth of material. They approached Alex Newport (Death Cab For Cutie, At The Drive In) to produce the album, and he quickly signed on. Fast forward to now, and we have this joyous and jangly lead single, The Summers We Missed. With its sumptuous harmonies and debt to early Lemonheads, the track has already caught the attention of Atwood Magazine, Louder Sound, Amazing Radio, Slack City Radio and Spotify Belgium (NMF). Watch the accompanying video from Volstok animation here. This autumn, the trio are planning several shows across Europe, including a show in London, so keep your eyes peeled if this little gem takes your fancy.