Throw Me A Line 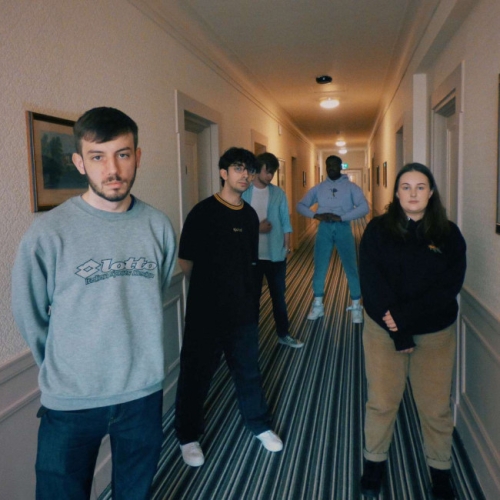 Upon hearing Throw Me A Line for the first time, we were instantly impressed by the debut offering from Liverpool indie five-piece Hotel Iago. They’ve been making music together since they met at the University of Liverpool during the pandemic, where they bonded over their love for acts such as Radiohead, Strokes and Pixies. Consisting of Fraser Cattini (vocals/rhythm guitar), Darren Bello (lead guitar), Angus Snowdon (bass), Gracia Baines (drums) and Dan Abu Ali (keyboard), the group have already been creating a buzz in the Liverpool scene with a series of shows in the city. While early support has come from BBC Introducing Merseyside, which called them “a special band”. Written as an ambiguous, mood piece rather than an explicit story, this poetic and catchy indie number not only draws on the above influences, but you can hear echoes of ’90s indie and of course, Liverpool bands, seeping through this gem. Throw Me A Line is a strong statement of intent from Hotel Iago and one that deserves your attention. The band are currently seeking management to help them in their next stage of development. One to watch.