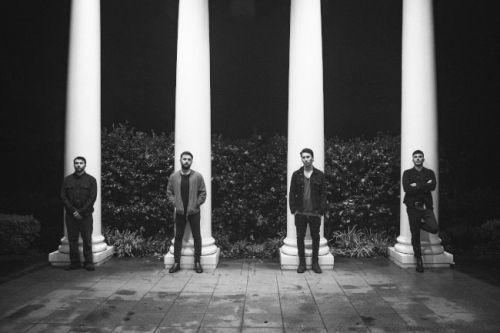 Shiver is the debut release from the collective efforts of the de la Hoyde brothers under their guise the eight five two (named after a Hong Kong dialling code). Now, some of you may remember that surname as RotD has previously featured music from the brothers under their various projects before. Timm, Nick and Joseph have released, produced and written music as electronic artist D.E.L and worked with Sony Publishing, Sony, City Pop Records, Universal, Warner on various artist projects. Pop artisan Nick has released music under his own name and garnered tastemaker support from BBC Radio 1, SiriusXM, Triple J and KISS. Completing the four-piece is John, who with Joseph in their alternative rock outfit Monks of Mellonworth, has supported Sevendust, won awards at LA Music Awards and Artist In Music Awards, and worked with Grammy winner Keith Olsen on their debut album Turn The People. Released last Friday, Shiver sees the brothers delve into their alternative indie nature as they produce a haunting ode about the disconnect of not being able to let go. With echoes of early Radiohead, Shiver is a minimal affair drawing on ethereal percussion and arrangements to deliver a disquieting but addictive listen. Perfect for moody and alternative playlists, Shiver is a welcoming introduction to the de la Hoyde brothers' new project.