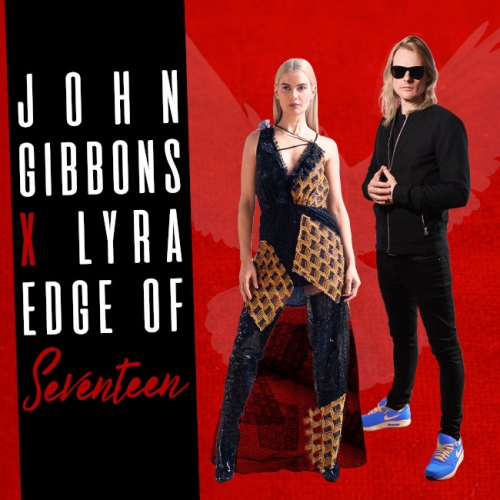 With summer just around the corner, County Cork’s Lyra and Irish DJ John Gibbons have laid down the marker for one of the summer dance tunes of the season with this pumping and energetic cover of Stevie Nicks’ eighties anthem Edge of Seventeen. The track follows up on Lyra’s RotD-featured single Lose My Mind (Shane Codd remix), which has spent over six months in the national Irish airplay charts since its release last year. Released last Friday (20 May), Edge of Seventeen featured on Spotify’s New Music Friday UK, Dance Covers and Beats of Tomorrow editorial playlists. Since then, it has been added to The Dance List and New Dance Revolution on the platform and has featured on Apple Music’s New In Dance playlist. While early Irish radio support has come from RTE 2FM, Spin 103.8, Spin SW, Beat 102-3 and Red FM. With its classic hooks, high energy and driving beat, we reckon this banger is set to fill dancefloors in clubs across the globe, from Dublin to Ibiza to Las Vegas. This summer, Lyra will be performing at several events, including the Kaleidoscope festival in Kildare, Brighton’s Pride festival, BST Hyde Park with Duran Duran, Electric Picnic festival and Lollapalooza Berlin.