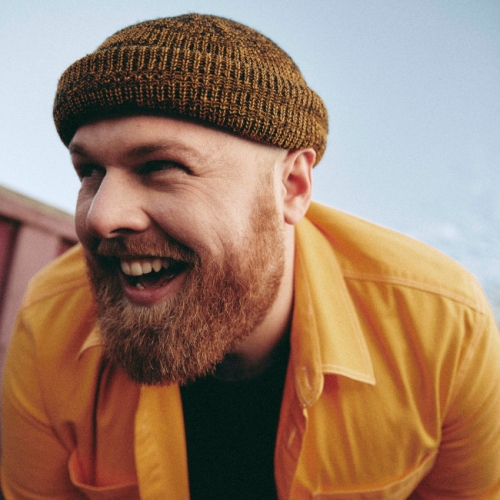 Glasgow-born singer-songwriter and RotD favourite Tom Walker makes an impressive return with this upbeat and addictive offering - his first release from his forthcoming second album out later this year. Having first tipped him back in October 2017 with his beautifully emotional piano-led single Leave A Light On, it’s been a pleasure to see his rise and successes. Along the way, he became the biggest selling UK signed artist of 2019, topped the UK charts with a no.1 platinum debut album for What A Time To Be Alive and won a BRIT and ASCAP Vanguard Award. Plus, he has amassed over 3bn global streams and sold two million albums worldwide. Last year, Tom released Something Beautiful with rapper Masked Wolf and in December performed his Christmas track For Those Who Can’t Be Here with the Duchess of Cambridge at Westminster Abbey. Now back with Serotonin today (29 April), Tom continues where he left off by crafting another glorious hook-laden, sonically expansive track for his distinctive voice to shine. Written by Tom, alongside Gez O’Connell (Dua Lipa, Meduza, Dermot Kennedy) and The Elements (AJ Tracey, Headie One) and produced by The Elements and Mike Spencer (Rudimental), the track featured heavily across new release programming at Spotify, Apple Music, Amazon Music and Deezer. Expect to see the track grace many upbeat contextual playlists and climb the charts over the coming weeks. He has just finished an eight-date, intimate, sold-out UK tour and is currently supporting One Republic on the European leg of their tour and will perform Serotonin on the Late Late Show with James Corden in the near future. All in all, and with a rumoured National Serotonin Day in the works, it looks like Tom has another hit on his hands - click through for some extra Serotonin!