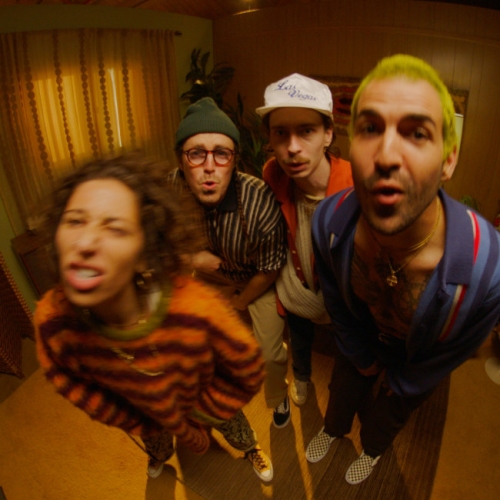 With its fun and hazy feel, HUBBA BUBBA sees Los Angeles band DAISY look to ‘90s sounds they grew up on for inspiration in this ode to the west coast. Following last year’s S.O.M.E EP and frontwoman Daisy Hamel-Buffa's feature on Tyler, The Creator's CALL ME IF YOU GET LOST album-cut on RISE!, HUBBA BUBBA blends elements of pop, jazz, punk and R&B that recalls echoes of No Doubt, and Third Eye Blind. Recorded and produced in keys player Ben Roswell’s garage, the song has already caught the attention of Paper, the Line of Best Fit, Dork, and Apple Music, who featured the track on several editorial playlists. Watch the retro ‘90s video here.