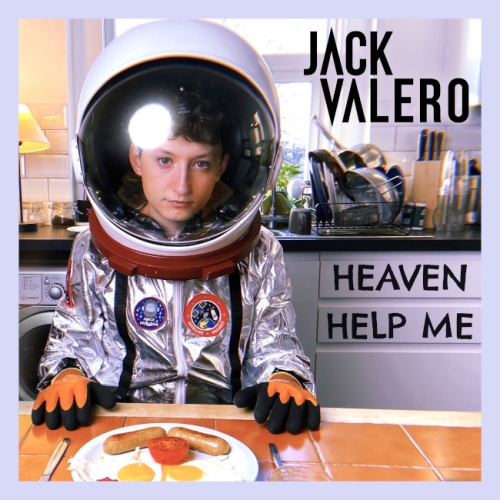 If honest, conversational songs and a big voice are your things, then Brighton-based singer-songwriter Jack Valero has it in spades for you. Having grown up surrounded by music from a young age through his parent’s work in the British indie music scene, both musically and through their political activism, Jack went on to study music in Brighton but left his studies to concentrate on his band, The RPM’s. The band signed to Xtra Mile Recordings and released three EPs, toured the UK and played on the BBC Music Introducing stage at Glastonbury and Austin’s SXSW Festival in Texas. After the band disbanded in 2019 and the pandemic began, Jack started to write, record and livestream new solo music. Heaven Help Me is the brilliant first offering from his debut solo EP and sees Jack blend classic, old school British songwriting with a contemporary sound and a hint of Tom Petty. It’s a beautiful, acoustic-led affair that has, so far, seen radio spins at BBC 6 Music (Chris Hawkins) and Radio X (John Kennedy), but deserves more radio airplay, along with editorial additions to indie/alternative contextual playlists at DSPs. Watch the accompanying video here. In May, Jack will support Will Varley on a seven-date UK tour, including a show at the Lafayette in London on 21 May. One to watch.