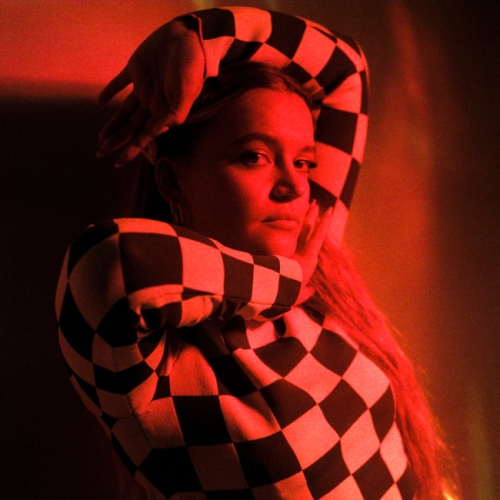 10 Percent is the gorgeously moody, electro-tinged pop single from 23 year old artist Charlotte Jane. Encouraged by her grandparents to start singing from a young age, Charlotte progressed to writing songs after her family moved to Singapore to help her cope with her loneliness. Having moved back to Hull to attend sixth form, she continued to write and perform songs and, after graduating, went on a writing trip to LA to meet Toby Gad, who offered her first publishing deal. Since then, Charlotte has signed to RCA Germany, drawn praise from Lewis Capaldi and Elton John, and received radio support from Radio 1, Radio 2, BBC Introducing and Apple Music. Along the way, Charlotte has also impressed tastemakers like Sunday Times Culture, Independent, Complex, the Line of Best Fit and Wonderland with her music. Written with Oscar Scheller, Marcus White and Swedish duo Teddy Failure (who also produced the track), 10 Percent made an immediate impact at DSPs upon release last Friday, featuring on numerous editorial playlists at Spotify, Apple Music, Amazon Music and Deezer. Watch the RebekahBCreative (Becky Hill, KAMILLE, Ivorian Doll) directed video here. With over 20m streams to date and seven syncs to US/UK TV shows, Charlotte’s music is already making an impression on audiences, and we only expect this to get bigger as she heads out on tour to support Rag’n’Bone Man this summer. One to watch.