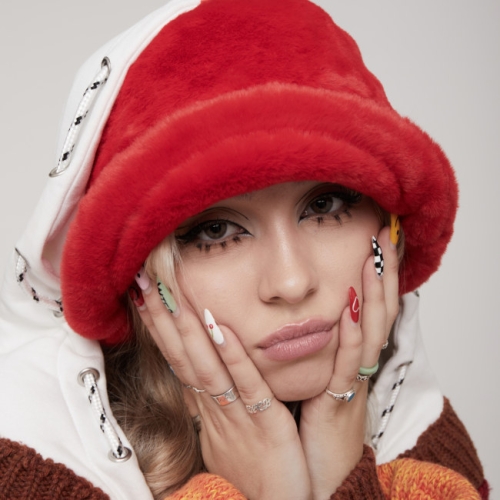 19 year old Brighton-based Caity Baser burst onto the scene last summer with her Lil CB mixtape, an addictive selection of honest, no-holds-barred lyrical gems that drew the attention of Jack Saunders (Next Wave) and Molly King (Best New Pop) at Radio 1, along with the Observer and thousands of TikTok users. Following that, she was asked to play headline shows in London for BBC Introducing and London’s International Women’s Week. New single Friendly Sex is another addictive pop earworm - lyrically witty and joyously naughty, with a classic garage beat and her trademark mix of melodic singing and conversational flow. Before release, her original freestyle and demo video created a storm on TikTok and has since amassed over 4m views, 681k likes, over 5k comments, 10k shares and 1k+ total usages of the sound. Released last Friday, Friendly Sex featured on Spotify UK’s NMF playlist and has been named as BBC Introducing Solent’s Track of the Week. Destined to be added to pop playlists across DSPs and to continue to fuel TikTok videos over the coming weeks, Friendly Sex is the fun and outspoken pop track you need to hear. One to watch.