Grow Wings On The Way Down 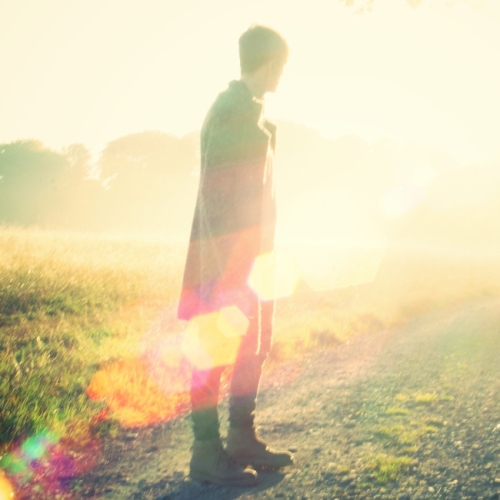 It’s been nearly five years since the release of Welsh artist Angus Powell’s debut album Before The Grey. The album was something of a favourite with music supervisors, producing fifteen major syncs in TV and film, including Criminal Minds, Elementary, Bones and Finding Carter. His track Monsters from the album became a global cult hit through sync use, college radio in the US and word of mouth. After the release, Angus took some time off before working on new music and bringing his music to life on stage with a residency in London before the pandemic. Now back with his second single from his forthcoming EP, H.U.T.H. (Holding Up The Heavy), Angus reveals a more expansive electronic-based folk offering than before. Co-written in a basement studio in Berlin with Kotsche and Eki (Christina Sturmer, Callejon), Grow Wings On The Way Down is a beautiful blend of ethereal electronics, soft percussion, affecting guitar lines and an addictive beat, alongside a hushed and soaring vocal. Perfect for mellow and chilled folk/indie and new alternative playlists, this gorgeous track also deserves to be heard on Radio 1, 2 and 6 Music. Quite magnificent.