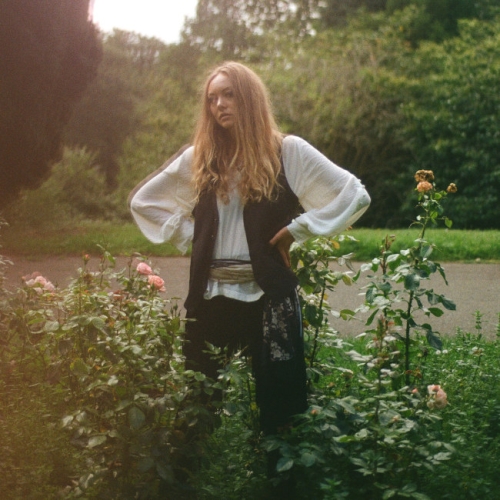 Released today, Sing King is the new ethereal and avant-garde pop single from east London-based Swedish alternative artist My Life As A Moth. We’ve been impressed with the eccentric and poetic nature of her previous releases, Chest of Dress Up and Electro Junction, and now she has released her final track from her Rob Ellis (PJ Harvey, Anna Calvi), Adrian Utley (Portishead) and Ben Christophers (Bat For Lashes) produced EP, Chest Of Dress Up. Pairing self-assured vocals and intelligent wordplay with hypnotic keys, sumptuous guitar licks and sultry brass section, Sing King has a sense of theatrical and cabaret-esque drama, alongside a quirky pop-based vibe that is unique and addictive. Deserving of editorial playlist additions on leftfield alt-pop playlists at DSPs, we also reckon it could happily be synced to a Killing Eve or contemporary TV drama series too. Previous tastemaker support has come from The Revue, When The Horn Bloes, Clout, and She Makes Music. Plus, radio support from 6 Music, Absolute Radio, Amazing Radio, Soho Radio and BBC Radio Wales. Later this month (22 March), My Life As A Moth will make her debut London headline show at Paper Dress Vintage. For fans of Fiona Apple, Kate Bush and PJ Harvey.