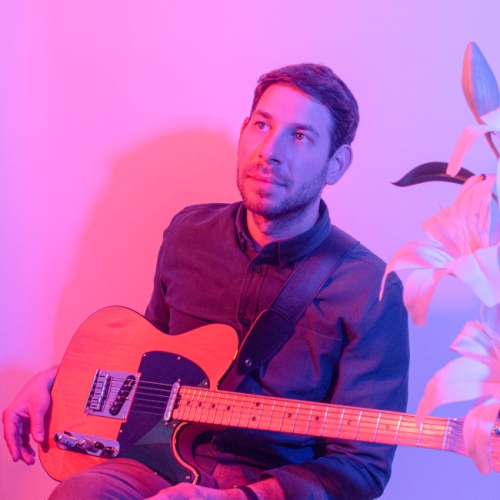 Sea Glass is the project of Brooklyn-based producer Jake Muskat, and this little indie earworm is his latest release. Inspired to release music after the birth of his first child, Sea Glass composes and produces music that taps in universal emotions around growing up and dreaming. Featuring guest vocalists to create a cohesive sound that is both nostalgic and fresh, Sea Glass has picked up praise from tastemakers Indie Shuffle, The Wild Honey Pie,and Glide Magazine, among others. Written a year into the pandemic, New Romans features fellow artist and longtime friend Blue Canopy (Alex Schiff) on vocals. His ethereal vocals add a pensive but reassuring tone to the jangly guitar melodies and playful synths. New Romans is the first single to be taken from his forthcoming EP and is perfect for quirky indie-pop and dream-pop playlists. An infectious off-kilter indie gem.