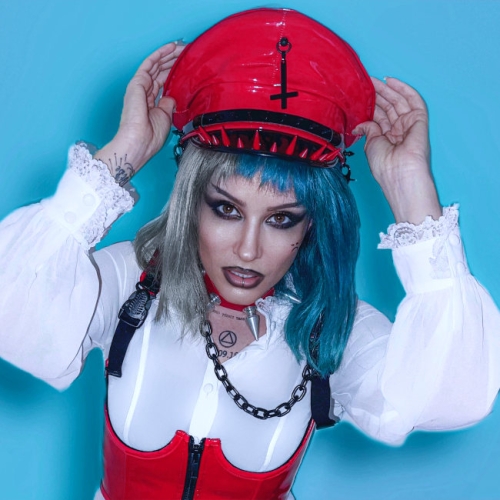 Full of ’00s pop-punk hooks and a liberal dashing of nostalgia combined with the poppier sensibilities of Gen Z take on the genre, this ode to simpler times is the latest single from London-based musician, singer, songwriter and producer RØRY. They were inspired to write this after hearing and commenting on Avril Lavigne’s teaser on TikTok for her 2021 comeback single Bite Me. Her comment went viral, received thousands of replies, and became the inspiration for the lyrics. Released at the end of last year, the track has since amassed 580k streams on Spotify alone and featured on editorial playlists at Spotify, Apple Music, Amazon Music and Deezer. She recently premiered the video on Kerrang! and has since been interviewed by the rock magazine. Further tastemaker support has come from Rocksound, Rock N Load and Billboard. Having featured as a vocalist on EDM tracks and written songs for Charli XCX, You Me At Six, NoahFinnce and Sam Feldt (platinum-selling Post Malone), to name just a few, RØRY is ready, at 37, to embark on her solo career with her forthcoming debut EP.