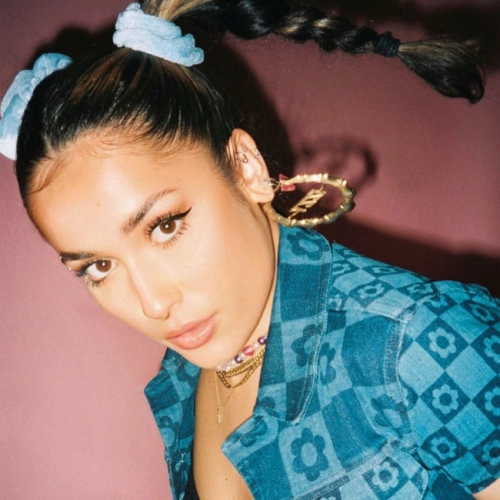 Full of youthful energy, sass and a healthy dose of early noughties pop vibes, I Don’t Care is the second single from north London artist Izzi De-Rosa. Dubbed the “Queen of Brat Pop” by Notion, Izzi burst on to the scene last year after her debut track, Love & Roulette, quickly made impression on TikTok when a clip of her showing the song to her crush – in which he is the subject of a verse – went viral and made the Top 10 on iTunes and the Viral 50 UK on Spotify. Plus, it featured on numerous Spotify (NMF, Happy Pop Hits, The Pop List, New Pop Revolution) and Apple Music (Pop Deluxe, Breaking Pop, Teen Pop Hits, NMD) editorial playlists. Having teased I Don’t Care on TikTok ahead of its release last Friday, the clip resulted in over 15m views and 10k sound usages, along with entering at no.2 on TikTok’s New Music playlist. On release, Spotify immediately added it to New Music Friday playlist, and we are sure this won’t be the last playlist addition either. With her fierce pop sound and lashings of attitude, Izzi has already picked up some serious endorsements from the likes of O2, Samsung and Paco Rabanne, but we reckon this is just the start for the Londoner. A pop star in the making.