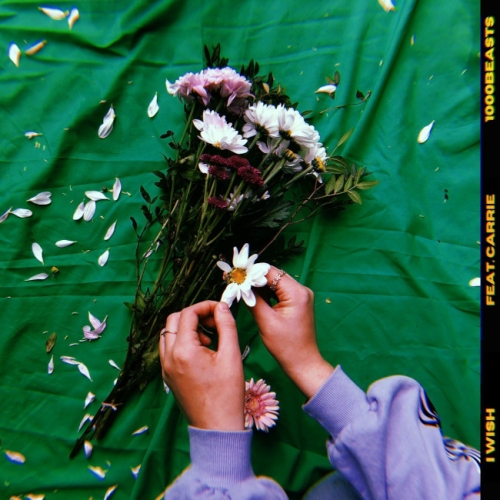 1000 Beasts is the alias of Cian Sweeney, an Irish producer/artist who collaborates with different artists on every track (they are the "beasts" behind the name) to make soulful, indie-pop and hip-hop inspired tracks. His production work has seen him amass over 15m streams on Spotify (including editorial placements) for collaborations and his own artist project. Plus, he is a platinum-selling producer thanks to his work on the 2020 hit song and RotD-featured track Fake Fine by Robert Grace. Along the way, he has picked up tastemaker support from across Irish Radio and press sites like Irish Times, Earmilk, and District magazine, among others, as well as numerous syncs to TV shows and adverts. Last Friday, he dropped this soulful electronic and lo-fi number featuring rising singer-songwriter Carrie and co-written with fellow Irish artists Orla Gartland and April. Having premiered on Nialler9 and received its first radio play on 2FM, it made an immediate impact at Spotify, landing a New Music Friday and A Breath Of Fresh Eire editorial playlist placements. With its lilting waltz and laidback vibes, be prepared to hear this on more mellow and smooth playlists, plus soultronic ones too. Watch the accompanying Paul Mahon directed video here. Next April, he will drop his debut album Naruda, which will feature collaborations from an eclectic mix of artists such as FeliSpeaks, Celia Tiab, and RotD-featured Alex Tierney. He is currently looking for label, publishing and live representation, so if you haven't listened to this talented rising artist yet, we wholly recommend you do asap.