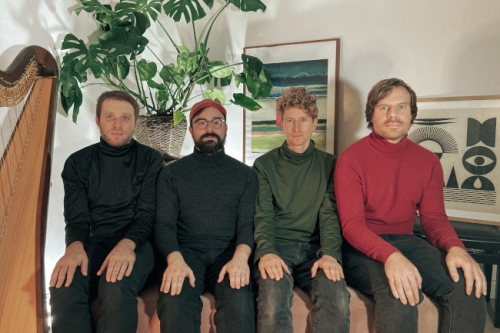 This blistering attack to the senses is the new single from Manchester-based four-piece Chew Magna. Recorded at Salford’s The White Hotel with SWAYS producer Martin Hurley, Listless is a restless and incendiary alt-rock anthem with hints of ’90s slacker rock influences and backed up by a motoring Krautrock groove. Written about wasting an abundance of potential, the track is the first song to be taken from their debut self-titled album out next year. Perfect for alternative and rock playlists, plus angsty contextual ones too, this blast of rock goodness is sure to please any ’90s rock fans, old and new, as well as modern rock fans too, for its sheer raw energy. The accompanying self-made David Lynch-inspired video is set to go live next week. Louder Than War, When The Horn Blows, and Manchester Evening News are among their early admirers. Having previously played alongside acts such as Cloud Nothings, Empath and Mothers, Chew Magna are currently booking a UK tour to coincide with the release of their debut record.