Up All Night (feat. Nile Rodgers) 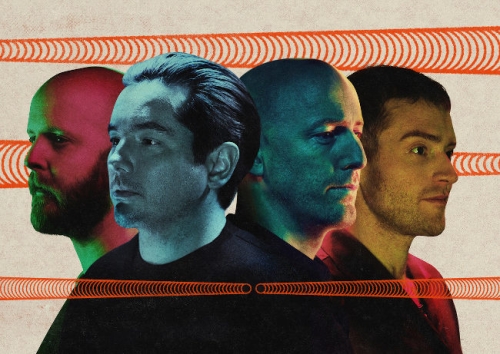 Bristol quartet The Ramona Flowers are back with their infectious and uplifting latest single Up All Night. It’s been over three years since we featured the band, and this time they have teamed up with the legend Nile Rodgers for this blast of feelgood indie-pop. With Rodgers signature guitar sound seamlessly blending in with the euphoric electro-pop production and gorgeous melodies, it’s an absolute earworm, and easy to see why it has already been picked up to soundtrack the official trailer for Vodafone’s 5G launch in Italy. Here in the UK, the track has been playlisted on Spotify’s Transistor and received airplay on Radio 2. The retro-fuelled driving music video, directed by Vaughan Arnell, premiered on Sunday Brunch and has since featured on Hot Press. Having recently performed at the sold-out Hackney Oslo, the band are in the process of putting together the final touches to a series of live shows in South America in 2022, along with some more UK dates in preparation for the release of their fourth album next year. And, if that wasn’t enough, the band are also developing their own beer with Brewdog. With their new stadium-ready indie-pop, the group are back, poised for a bigger and brighter 2022.