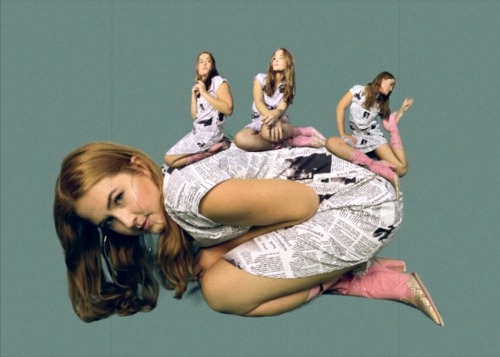 This laidback toe-tapper with jazz-inflected tones is the new single from London-based contemporary R&B artist Amalie Bryde. Originally from Denmark, Amalie moved to London in 2018 to further develop her sound and lyricism. Influenced by John Mayer, Nina Simone and Erykah Badu, Amalie’s has been steadily building a loyal fanbase through gigs and releases. Her music to date has picked up tastemaker support from the likes of Clash, Fizzy Mag, Haste, and Wordplay, to name just a few, while her last single, Slave to My Mind, received airplay from Jess Iszatt on BBC Introducing London. Released today (11 November), Like This Like That is the latest chapter in her career. Written and produced by Amalie, the track sees her celebrating all that life has to offer. It’s a sublime dose of smooth soul, filled with feelgood vibes that would be perfect for mellow/coffee break contextual playlists, as well as soul ones too. Watch the self-directed music video here. Next week (18 November), Amalie will be playing her debut sold-out headline show with a full band at Paper Dress Vintage in London.