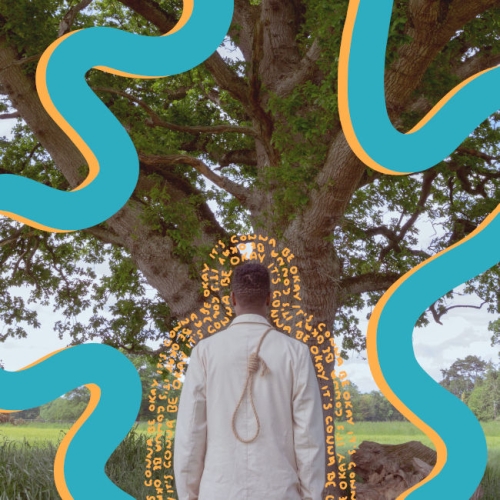 This alt hip-hop banger is from Irish hip hop duo Tebi Rex and is taken from their second album, It’s Gonna Be Okay. Released at the end of October, the album shows just how far the group has come since we first featured them back in 2018. The complex lyricism is still there in abundance, along with their innate infectiousness, but what stands out is the new elements of alt-popness that tinge the tracks. For us though, Deadman is one of the album's highlights and has also been praised by the Line of Best Fit and Hotpress. Watch the video here. Further tastemaker support for the duo has come from Clash, Dork, Earmilk, Spotify, and BBC Radio, along with Irish radio plays too. Their music has been synced to TV shows, including the BBC’s Normal People. On 20 November, the duo will perform at Dublin’s Opium Rooms before they set out to embark on a UK tour in 2022.