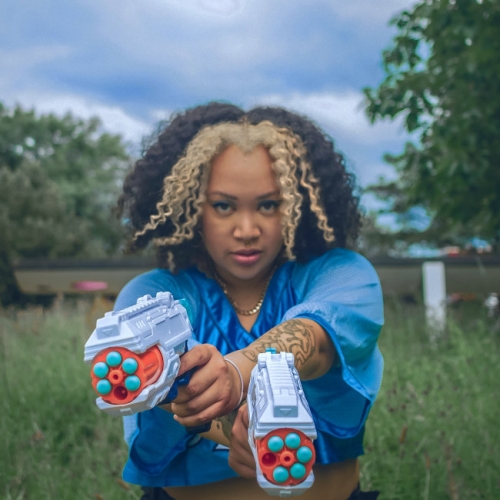 We were instantly impressed when this dose of laidback indie R&B landed in our inbox from New York-raised and now Manchester-based artist iamkyami. Having earned tastemaker acclaim from the likes of BBC Radio 1, 6 Music, 1Xtra, Reprezent Radio, Worldwide FM, gal-dem, and the Face for her 2020 debut EP Life Of Ky, she is now back with new material after recently signing to Heist or Hit. Drawing on the rich opulence of pop R&B tropes, Stars is an enchanting and soulful jam exploring how people become victims – not necessarily as a result of acted or purposeful evil, but from a total uncaring lack of awareness. Released yesterday (2 November), it has already picked up support from the Line of Best Fit, and we expect that won’t be the last either. Expect to see this on new release programming this Friday and R&B/chilled editorial playlists soon. Just brilliant.