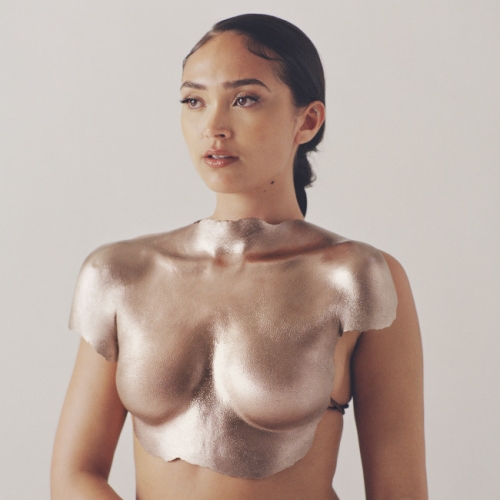 Back in 2019, we tipped London-based singer, songwriter, producer and performer Joy Crookes as one of our ‘Ones to Watch 2020’ and named her track Early with Jafaris as our Record of the Year. Since then, she has gone on from strength to strength with each new release and has amassed over 150m streams, 25m views and 650k fans online. Along the way, she picked up a Brit Rising Star nomination, became a BBC Sound Of 2020 alumni and garnered a host of tastemaker praise from the likes of i-D, Dork, NYTimes, Clash, and Forbes, to name just a few. Premiered as Clara Amfo’s Hottest Record on BBC Radio 1 earlier this week, Trouble is the focus track from her debut album Skin that is out today (15 October). It’s another soulful outing from the south Londoner and shows why we and many others have been a fan. Her current single When You Were Mine is currently playlisted at BBC Radio 1 and 2, while Skin is HMV’s Album of the Month. On top of all this, she is also Spotify’s Radar Artist. Next month, she will head out on a UK tour, which has sold over 12,000 tickets and includes two sold-out nights at London’s Kentish Forum. Tonight, you can watch Joy performing on Channel 4’s Stand Up To Cancer.