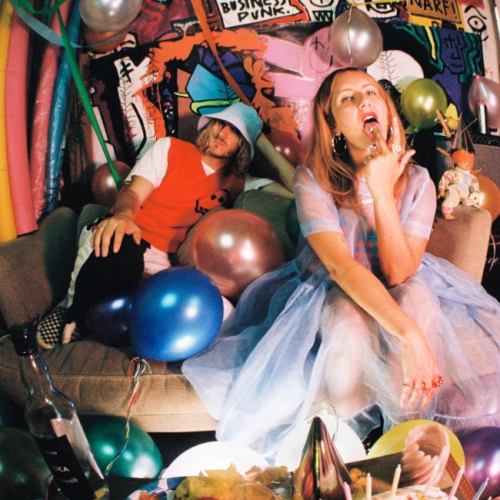 This sassy two minute electronic-post-punk assault is the debut release from Shelf Lives. The duo consist of singer Sabrina and guitarist/producer Jonny, originating from Toronto and Northampton respectively,  who now both reside in south London. Co-produced by Space (Idles, Do Nothing) and mastered by John Davis (Gorillaz, FKA Twigs, Inhaler) at Metropolis Studios, Shelf Life is an uncompromising introduction to the two-piece. Recalling the acerbic art-rock of Le Tigre, the flailing intensity of The Prodigy, and the gritty garage-rock inspired electro bombast of Peaches, the song is a dirty and chaotic blast of infectious energy. Deserving playlisting support at streaming services on their new release programming this Friday and alternative playlists, the track is ready to take the post-punk scene by storm. Early tastemaker support has come from Gigwise. Watch the amusing Monty Python-esque video here.