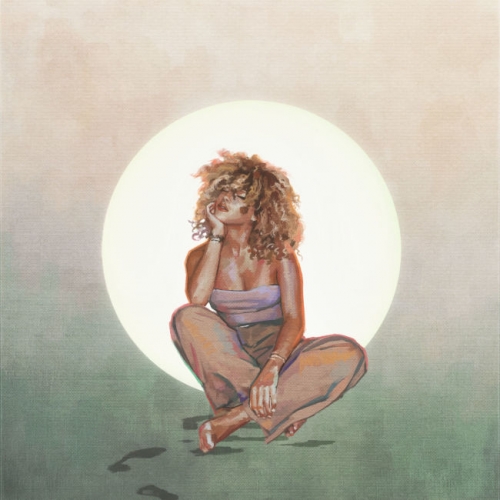 We were instantly impressed when this gorgeous slice of neo-soul popped into our inbox a couple of weeks ago. It’s the debut track from London-based artist Taloula. Born in Israel with Yemenite roots, Taloula grew up around music and learnt to play the guitar and piano by herself from the age of 12 after her family moved to France. It was there that she had a successful career as a pop singer known as ‘Tal’ with Warner Music France. Now living in London, she has reinvented herself by taking back control of her creative life. Co-produced with FARR’s Linden Jay (Rejjie Snow, Joji, Lion Babe), mixed by Prash “Engine-Earz” Mistry (Jorja Smith, Kali Uchis), and written with guitarist Ralph Lavital and singer-songwriter Nkia Asong, Keep On Tryin’ is a soulful and ethereal delight that recalls echoes of Erykah Badu, Stevie Wonder, and Jill Scott. Deserving of neo-soul and soulful contextual playlists, Keep On Tryin’ marks an exciting new chapter for Taloula, and we can’t wait to hear more from her debut EP, The Evolution of Taloula. If you are attending Reeperbahn this year, you can catch her perform twice on Friday 24 September, but there will also be a stream on the website of her first show.