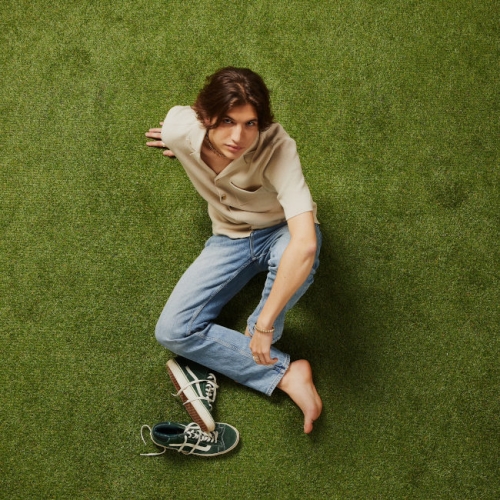 Let us introduce you to pop newcomer 17 year old London-based artist Vinesto. Originally from Ukraine, Vinesto moved to England when he was 11 and found solace in writing and creating music as he struggled to adjust to his new environment. Since then, he has been honing his craft and sound while catching the attention of producer Tommy Brown (Ariana Grande, Selena Gomez, Justin Bieber) and creative director and vocal coach Nicholas Cooper (Beyonce, Nicki Minaj, Jennifer Lopez). Released today and produced by Brown, Wish That We is the second single from Vinesto forthcoming debut album Different, set to be released when he turns 18. The track’s relatable lyrics about teenage love are layered over a fuzzy electro-pop beat and some slick, hushed pop grooves - perfect for new pop/mood playlists. Wish That We is set to feature on Clash later today with the premiere of its video, but we expect this won’t be the last we hear from this star-in-the-making. Further tastemaker support has come from Spindle, ASBO and Honey Pop, while Spotify has previously featured him on their Chill Rap editorial playlist. One to watch.