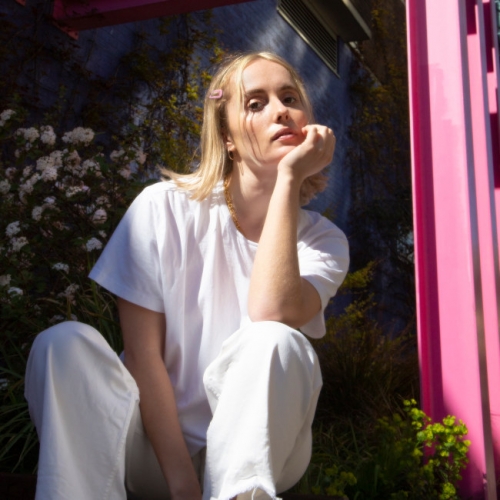 Leicester-raised artist, SOFY, picked up a pen and started work on her collection of songs just 12 months ago. The 24-year-old threw herself headfirst into music after being placed on furlough, and her hip-hop inspired indie-pop bops quickly earned her the attention of BBC Introducing with an early demo version of this soulful and woozy gem. Subsequent plays across BBC Introducing saw SOFY being picked for the BBC Live Lounge talent search, where as a runner-up in the final gained huge plaudits from Clara Amfo, Jess Iszatt, Gemma Bradley, and artists Tom Grennan, Sam Fender, and YUNGBLUD. Now released in its finished form yesterday (9 September), this witty observational debut about the vibrancy and boredom of modern life in Britain is instantly addictive with its laidback hooks. Expect to see this pick up editorial playlist support across New Pop and lazy/laidback contextual playlists over the next week. Plus, further radio support at BBC Introducing, Radio 1 and 6 Music, along with blog coverage. Next week (14 September), SOFY will be hosting the Foundation.FM Artist hour, but before that, she will be doing a ‘Strawberry Milkshake’ pop-up in east London on Saturday.