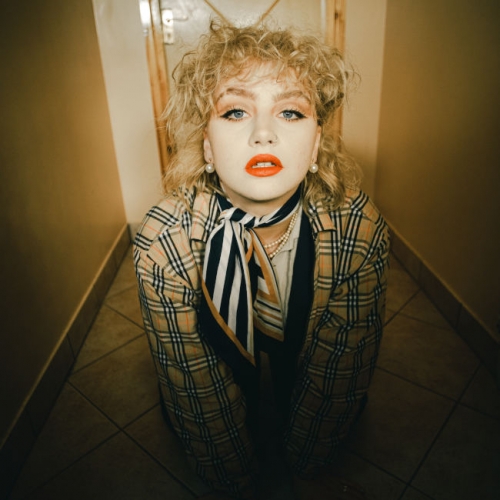 We quickly became obsessed with this new track from 20 year old indie-pop artist Ellur when it popped into our inbox last week. Born in Halifax, Ellur started to write songs when she was just 11 and continued throughout her teens. Inspired by the empowering attitude and aesthetic of feminist icons like Madonna, Kate Bush and Stevie Nicks, she released her first track last year. Since then, she has been championed by BBC Introducing West Yorkshire, gained online praise from numerous blogs and featured on editorial playlists at Spotify and Amazon Music. Released on Wednesday, Moments is the title track to her new EP and first release with independent Leeds label Dance To The Radio. Recorded and produced by Lee Smith (Easy Life, Holly Humberstone, Lily Moore), the track sparkles with shimmering synths hooks amidst a War on Drugs meets Bruce Springsteen vibe. It’s absolutely gorgeous and has picked up support from Dork so far, but we reckon more will quickly come over the next week. In October, she will be playing the Live at Leeds Closing Party at The Wardrobe, Leeds, and then in December, she will drop her Moments EP.  One to watch.